Causes and management of Verbal Diarrhea in Elderly 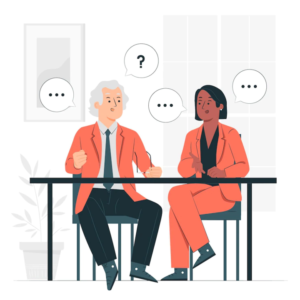 New professionals dealing with seniors and in #seniorcare industry often find a certain percentage of their customers unstoppable when it comes to verbal interactions. Some #elderly suffer from incoherency as they tend to talk, talk and talk and often repeat the same thing again and again. In psychology this is called as #logorrhea and is considered as a communication disorder.

Family members, friends and relatives and often professionals working in senior care industry also find it very difficult to end conversations which most of the times turns into monologues. There could be multiple causes behind verbal diarrhea or logorrhea:

1.      Interpersonal anxiety – the person may be frightened by the thought of silence

2.      Attention seeking – Elderly expect people to pay attention to them and spend time with them, but unable to engage in right kind of approach to seek attention

3.      Loss of power – retired and elderly people no longer hold command over their subordinates and family members, which once was the ego booster and there is a void, making them talk a lot to establish their worthiness and superiority

4.      Fear of not being understood – elderly often think that the other person might not have understood their point of view and hence indulge in repetition of the same again and again

5.      Loneliness – is one of the major reasons behind talking too much, for people who don’t have the art of invoking interesting conversations, end up with a nickname “verbal vomiter”

6.     #dementia and other neurological disorders can cause cognitive impairment and the person may end up with verbal diarrhea.

·      Set up a time limit to conversation – let the person know before hand that you have other assignments to complete and how much time you can dedicate for him/her (Thanks for dropping in Mr.Khanna, I will dedicate next 20 minutes with you to listen to you/solve your issues, post that I have a meeting to attend). This can be very effective technique for professionals working in #retirementhomes and #seniorliving

·      Make your talker feel heard – listen actively, give a feedback through your smile, nod and body language so that the other person feels you are listening

·      Be assertive and draw boundaries – sometimes despite of your best efforts the conversation seems never ending. Without being rude, draw the person back to the original point, interrupt them and when needed firmly end the conversation by saying something like “I enjoyed conversation with you for past 15 minutes, but I need to go” or something so. People often appreciate your frankness

·      Treat people with kindness – people with loneliness and anxiety need support and assurance. It is essential to make them feel cared, which will slowly reduce their pain.

·      Identify and treat cognitive disorders like dementia which needs different set of skills to manage.